There isn’t much the COVID-19 pandemic hasn’t impacted – it’s affected how we interact with each other, where and how we work, how we celebrate life events, and most importantly, how we feel. Regardless of how you have been impacted by COVID-19, feeling supported and being able to offer support to loved ones has become extremely important. The future is unpredictable and as a society we may be feeling the mental health effects of the pandemic long after it is over, so it’s crucial that we offer support to one another now.

Everyone responds to stress and change differently. You may feel angry, while your best friend feels sad. Someone else may feel nervous, scared or unmotivated. It’s important to recognize changes in those close to you early on, so you can be there for them and offer help as appropriate. It’s also important to remember that there is no single way to offer help, because everyone is unique and has their own story.

Here are some do’s and don’ts from the Mental Health First Aid (MHFA) curriculum to help you have a supportive conversation with a friend or loved one: 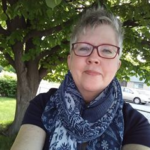 My husband had his first panic attack in his late 40s when he was driving – alone – through a rural area on his way to a business meeting. He stopped at a rest area to get gas and a snack. Not long after resuming his drive, he suddenly felt like his throat was closing up. Convinced that he was going into anaphylactic shock from the peanuts he had just eaten, he drove to the nearest emergency room, where they gave him a shot of ephedrine, monitored him for a while and sent him on his way armed with extra EpiPens and a big hospital bill.

The next few weeks were scary for both of us, but mostly for my husband. After potential physical causes were ruled out, he was told that it had probably “just” been a panic attack brought on by the stress of work and a very unpleasant boss.

After this incident, I wanted to learn more and be better prepared to support my husband. I attended a Mental Health First Aid training held by my employer. After the training, I brought my Mental Health First Aid manual home with me, where it sat, lonely and untouched, because my sweet partner was sure that what had happened to him was a one-time event – and even if by some chance it did happen again, he would just power through it.

Then one night we were sitting downstairs watching television when he said, “I feel funny.”

He said he didn’t think he was going to throw up, but he wasn’t making any promises.

“What are you feeling?” I asked.

He said he was feeling kind of chilled, but also sweaty. He felt like his heart was beating too fast … and that his throat was becoming constricted.

I grabbed my Mental Health First Aid manual and turned to the chapter on First Aid for Mental Health Crises – specifically, “First Aid for Panic Attacks.” I read the list of symptoms and he met about three-quarters of them. We followed the instructions for what to say and do when someone is having a panic attack – stay calm, reassure him that he wasn’t dying, etc. The most reassuring part was being able to let my husband know that the worst of it would probably be over in 10 minutes.

Now, several years later, my husband still experiences anxiety at times, but therapy and using medication as needed have prevented full-blown panic attacks. But, if a panic attack happens, we are both better prepared for it, thanks to the information we gained through Mental Health First Aid.